How to treat cataracts

Cataracts are generally an age related condition that occur when the lens inside the eye that focusses the light into the back of the eye, becomes cloudy and opaque causing:

The word cataract comes from the Latin cataracta, which means waterfall. A cataract is a clouding of the normally transparent lens in the eye.

The lens work together with the cornea to focus light onto the retina, which converts light to electrical signals that are transferred to the brain. This gives us the images we see. A cataract can scatter the light, and blur the images on the retina.

Cataracts develop slowly and painlessly and they can progress for many years going undetected until, if left untreated, cause severe visual impairment. Regular eye exams with your optometrist are key to early detection and prevention of vision loss.

Hampton Eyecare have years of experience treating cataracts, please contact us if you have any concerns.

Rowena Beckenham, another ProVision optometrist and Chair of the ProVision Professional Services Committee, shares her experience with cataracts and how to treat them:

With cataract, a person might have discomfort with night time driving, and general reticence in low-light, with many people commenting they have stopped driving at night. They just can’t see things as well as they should and will often complain that newspaper print is getting much smaller or poorer in contrast, and they may stop doing other things they like to do in the evenings like knitting or sewing.

Most cataracts develop when ageing or injury changes the tissue that makes up the lens in the eye. Some inherited genetic disorders that cause other health problems can increase your risk of cataracts. Cataracts can also be associated with other medical conditions like Diabetes, after other unrelated eye surgery or in association with taking some medications.

Several uncontrollable factors may increase the risk of developing cataracts, including:

Research shows we can control several risk factors for cataracts by changing certain behaviours, including:

Who is affected by cataracts?

In an ageing population, largely everyone can be affected by cataracts. Yet, those that are affected earlier, tend to be those that have had that high sun exposure.

Sometimes if there has been trauma to the eye, I will see someone come in with advanced cataracts at a much earlier age. In addition people who have been on some medications, particularly steroidal-based medications, can have early cataracts. Sometimes people who have had cancer treatment and have been prescribed steroids as part of their treatment, and they might present earlier with cataract.

Nutrition is also a known factor in the early development of cataracts. We know that those who have poor nutrition at an earlier age, for example people in the Second World War who had very poor nutrition in Holland ended up with early cataracts.

Smokers tend to have much worse eye health in general.

Predominantly though in Australia the risk factors are age. We are all living a lot longer than what we ever did, so it is something that has the potential to affect everybody at some stage.

Factors that can increase the risk of developing cataracts include:

How are cataracts diagnosed?

What is most important as an optometrist is to ask the questions that might indicate whether there are any signs of eye disease and to perform a comprehensive eye examination to link the symptoms with any signs of disease. An optometrist will use an ophthalmoscope to examine the inside of your eye and a slit lamp biomicroscope, which will allow them to see more detail about the size and location of the cataracts.

How quickly do cataracts develop?

They can slowly grumble along with some cataracts taking 20 years before they become a problem. Some can be really fast and those that are really fast, are often related to other illness such as Diabetic cataract. People who have had general health issues such as if there has been cancer treatment or high-dose steroids, will most likely be the early presenters with cataract.

There are other conditions where, if people have had significant problems with their retina, such as retinal detachment and they have had any retinal surgery they will certainly go on to develop cataracts. Usually within a year of having a retinal procedure, they will then need cataract surgery. People who are highly short-sighted will be most prone to those retinal problems.

What is the treatment for cataracts?

Surgery is the only cure for cataracts. At Hampton Eyecare , our optometrists we will advise you of the best course of action. Your optometrist will refer you to an ophthalmologist (eye surgeon) for surgery. Sometimes the eye surgeon will ask the patient what they would like regarding their need for vision after the procedure, and your optometrist to may trial a contact lens to show what their vision may look like after surgery. Patients find that useful.

Due to the advanced techniques in modern day cataract surgery, we find people who are increasingly reliant on their glasses come in questioning whether they can have an early cataract or lens replacement surgery. Essentially they want the surgeon to take their lens out, and put in an artificial lens that compensates for the power of the eyes. This is quite successful however with my patients, I am always looking at the risks and the benefits of any procedure and people need to understand that while this is a great procedure there are risks associated with any intervention.

Finding the right surgeon for people is an important decision that optometrists make as different surgeons have different approaches.

Generally the techniques used for modern day surgery are fabulous and a patient can often choose where they want to see better – for distance or for reading, in which case the surgeon can customise the lens implants they use. This is an important discussion as prioritising vision for specific needs is a skill optometrists use every day. Patients can be enabled to read without their glasses or they can manage their computer work without their glasses or maybe no longer need distance driving glasses after a procedure. As the primary care practitioner, the optometrist sees the results after the surgery and we know where the patient may or may not need support. We have all of their history in the build-up to that cataract developing, so the referral letter for cataracts should come from the optometrist, and a copy go to the patients general practitioner.

Cataract surgery is the most frequently performed day surgical procedure worldwide. It is typically performed on an outpatient basis and does not require an overnight stay in a hospital or other care facility.

Can cataracts come back after surgery?

After surgery eye drops will be prescribed to prevent inflammation and infection and you may be advised to avoid strenuous activities. Cataracts do not return post-surgery. In some patients, the tissue surrounding the lens can become cloudy and affect vision. If this occurs, it can be treated with laser surgery.

This was originally a ProVision article about how to treat cataracts

Talk to us about cataracts or any other eye concerns. 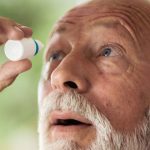 How to treat glaucoma